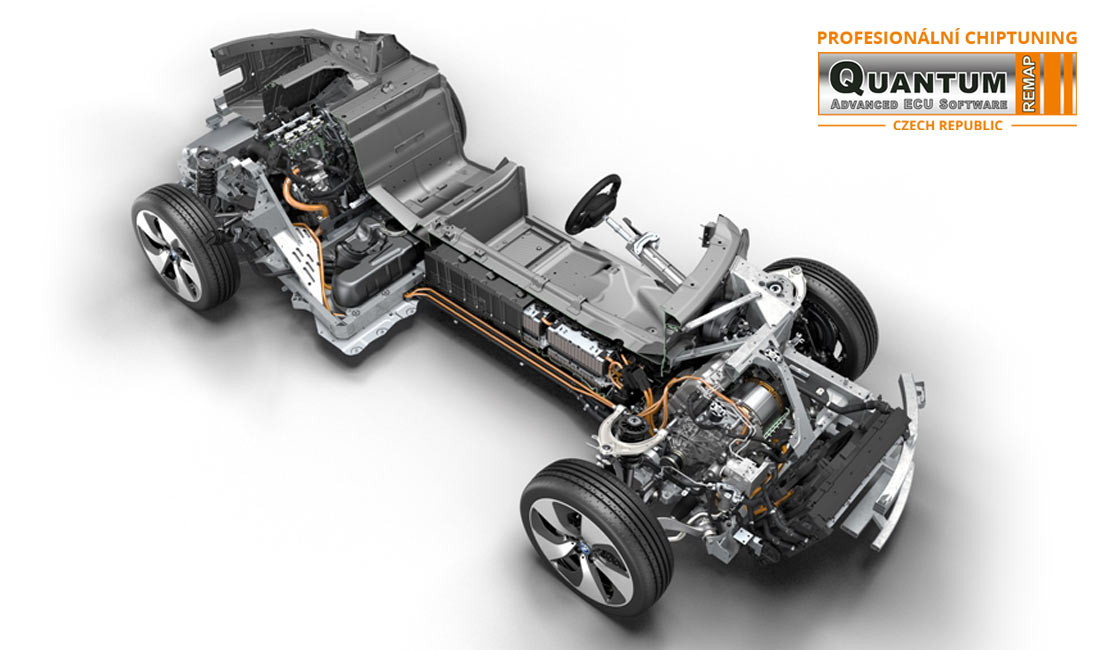 Yes, news that owners of hybrid cars have long been waiting for: their vehicles have been included in our extensive offer, and we’re now able to carry out the professional chip tuning of hybrid cars.

The electric engine is powered by a lithium battery and is capable of keeping the car moving for up to 35 km. This sports car’s maximum speed is set at 250 km/h and its acceleration from 0 to 100 is 4.6 seconds. Thanks to its lightness – only 1500 kg – the BMW i8 is capable of using all its power with a very good fuel economy of 2.9 L per 100 km.This vehicle comes in four different versions: 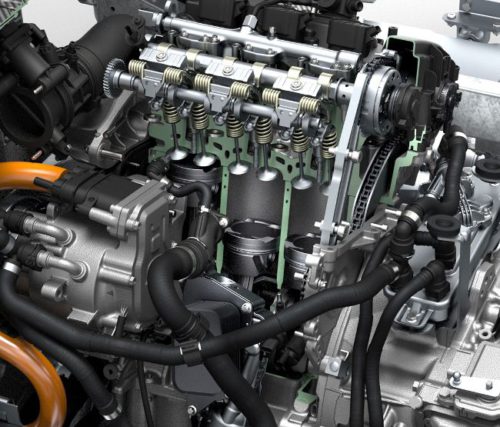 Main features of the BMW i8 hybrid

A real anomaly of this car is its chassis, which boosts the car’s great efficiency compared to other small cars.

The LifeDrive Concept chassis is very simple, and it’s been specifically created for this hybrid car. The chassis consists of two individual and independent horizontal modules. To respond better to collision, its aluminium parts are integrated with the lithium batteries, drive system, structure and functions. Everything is bound together by ultra-resistant cell-reinforced carbon fibers, also called CFRP (carbon fibre reinforced polymer).

CFRP and a light body

By using high-tech and very light, highly resistant CFRP materials, the all-around weight of the car is 50% lower compared to steel, and 30% compared to aluminium. Yet the level of safety is the same or even better. This is then compensated by the weight of both the electric motor and batteries. The BMW i8 weighs less than 1,490 kg. 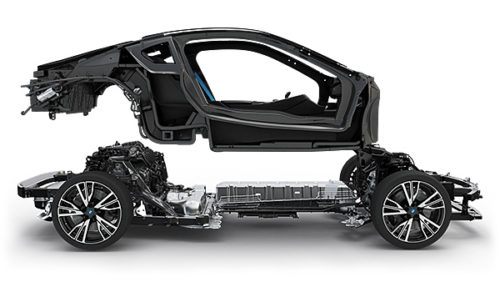 Batteries are situated low and centrally. This positioning guarantees a low, central centre of gravity, which makes for safer driving. An important factor when going for extreme agility in a car is its weight distribution. The BMW i8 has almost perfectly 50/50 balanced weight put on the front and rear axle. The petrol engine and transmission are placed at the back, so that power can be delivered in the fastest possible way. The configuration is crowned by a lithium-ion battery in the central part of the vehicle, slightly to the front. CFRP technology was also used for the door frames, together with an outer aluminium layer. In comparison to traditional frames, the weight is lower by appx. 50%.

The automotive industry is continuing the fast progress it has enjoyed so far in the 21st century, and we’re happy to say that we’re keeping up times – now fully able to provide the highest-quality hybrid-car-chip tuning. Quantum Tuning offers high-quality chip tuning and professional services in ECU software tuning. 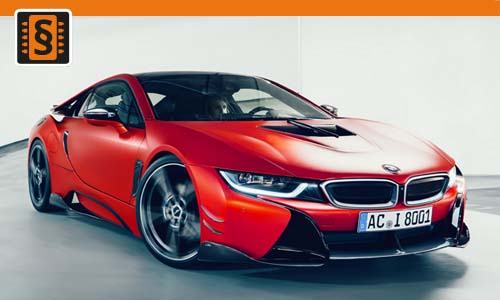